A total of 18 startups from 9 different countries worked intensively for 48 hours on solutions in the area of I4.0, digital twin and blockchain of the respective user cases of the four partner companies.

How can robots be familiarized as easily as possible with a new task outside the conventional programming path? In order to solve the robotics challenge, four teams had time from Monday evening to Wednesday afternoon to apply their know-how with creativity. "We were interested in a technical concept with a new, intuitive and innovative approach. We wanted to develop a new approach instead of classic programming and teaching, says Thomas Linde, EVP Industrieautomation. In addition to KEBA, three other companies - Miba, Voestalpine and TGW - posed a concrete problem for the 19 startups from nine countries. 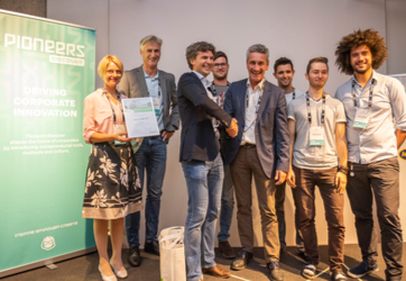 Until their first presentation on Wednesday, the Hackathon participants were supported by mentors from the partner companies. They supported the startups in their ideas and concepts. "It is unbelievable what our teams have achieved within 24 hours on our problem," said Alexander Zauner, impressed by the KEBA Mentor Team. 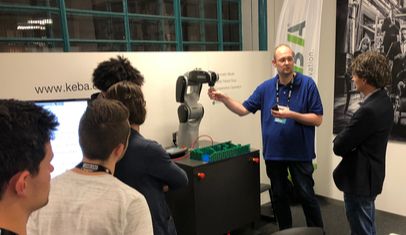 The winner of the overall hackathon was REACH-MaxWhere, who perfectly solved TGW's problem. Surprisingly, another winner was announced: The Startup Key Concept convinced not only the KEBA jury with its solution, but also the entire Hackathon expert jury. So another first place was spontaneously introduced. Vincent Tieleman amazed the jury with his work in terms of idea, creativity and successful implementation with a completely new approach. "Of course it is exhausting to build a working prototype within 48 hours. But the feeling afterwards is really rewarding. It's amazing: In this short time I was able to design a concept, elaborate it and implement it as a prototype. But it was also possible thanks to the great and competent support of the KEBA mentors. Thank you for that," beamed Hackathon winner Tieleman after his victory. 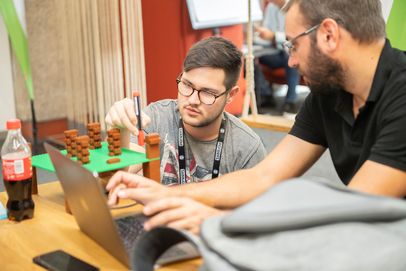 Winners of the partner companies: