Average annual growth over the past five years lies at 11% (CAGR). A quarter of the €304 million in revenues comes from the LTI Motion Group, which has been a part of the KEBA Group since late December, 2018.

The KEBA Group is based in Linz, Austria. The acquisition completed in December 2018 further strengthened the international presence of the company. KEBA currently owns subsidiaries in 14 countries and regions: Germany, the Netherlands, Italy, Romania, Switzerland, Czech Republic, Turkey, USA, China, South Korea, Taiwan and Japan. For the industrial automation area, KEBA also founded a subsidiary in India in the fall of 2018.

In late 2018 KEBA AG acquired LTI Motion Group, a leading provider of drive solutions from Germany. Founded in 1971 as Lust Electronic-Systeme GmbH, the company had been part of the international technology group Körber since 2013 until it was sold to KEBA in December 2018. The LTI Motion Group specializes in providing drive solutions for demanding customers in mechanical engineering sectors. This acquisition makes KEBA a total solution provider in the area of industrial automation.

KEBA strengthens its international expansion with new headquarters in China

Asia, and especially China, has been a key region for the economic success of KEBA for more than 20 years now. As part of its internationalization strategy, KEBA Industrial Automation has been steadily expanding its presence in China since 2002. After opening offices in Ningbo and Guangzhou, KEBA Industrial Automation China finally established its headquarters in Shanghai in 2009. In 2016 another office was opened in Jinan, an emerging industrial center in China.

Back in 2009, when electromobility was still just a vision of the future, KEBA presented its first charging station prototype. Since then KEBA has sold more than 150,000 wallboxes worldwide and is now one of the top 3 leading manufacturers in the sector.

Under the motto “We ensure the transfer from the digital to the real world”, KEBA develops innovative solutions for logistics and banking automation.

In the area of banking automation, the new generation of KePlus “evo” machines has done very well on the market. This line of ATMs once again sets new standards in self-service cash withdrawal and deposit.

KEBA’s new parcel locker, the KeConcierge, has been specifically designed for the entrance area of multi-family homes or residential complexes. It can be used by all deliverers to store packages, and recipients benefit from 24/7 pick-up at home.

You can read the full press release here 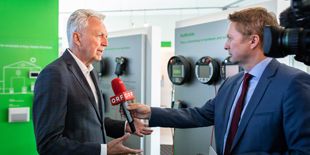 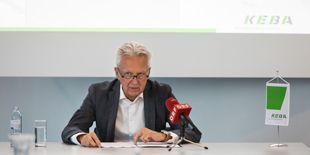 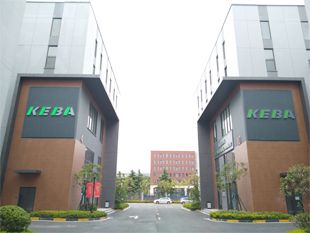 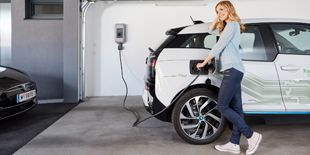 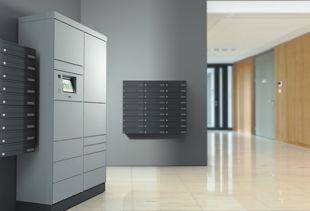