Technical article in the German magazine Automationspraxis (print and online):

Translation in English:
Reusable basic functions in robot control: Human-robot interaction without much programming - possible with KEBA approach
That's what sets them apart: They work freely, can be used flexibly and take the strain off people wherever small batch sizes are required and production lines have to be changed over quickly: Cobots. When you think of the production systems of the future, collaborating robots are a fixed ingredient. This is also reflected in the current state: The number of application ideas in which human-robot interaction might be effectively used is constantly increasing, and more and more robots are coming onto the market. Nevertheless, there is still plenty of room for improvement. For example, the World Robotics Report recently stated that the Cobot share of all robots installed in 2019 was only 3.24%. Why is that?
One reason could be profitability. In practice, it often turns out that the engineering effort required to implement a cooperative application is enormous. If a person works hand in hand with a robot without a safety fence, one thing counts above all: safety. The correct assessment of the hazards and risks to humans prior to the engineering process is essential. Applications need to be functional as well as secure, and smooth interaction must be guaranteed. User interfaces have to become simpler and more intuitive, which in turn will transform the interaction between humans and robots. Especially in applications where automated and cooperative tasks alternate, all this can lead to enormously complex applications. This effort is currently only profitable if a programmed robot can repeatedly perform identical tasks in the production hall.
This is precisely where the basic idea of the KEBA solution approach comes into play: Many years ago, the automation expert from Austria was already looking into the question of how fields of application in human-robot interaction could be profitably expanded without major programming effort. The following factors have contributed to the consistent further development of the robot core: KEBA’s extensive experience in cross-industry application know-how obtained over several decades and the development of reusable abstract basic functions. Today, robots operated with a KEBA control system are represented in almost every industry – from welding and packaging to painting applications. The control system has always included numerous standard functions such as online programmability, highly accurate path movements using torque models, tracking and precise triggering on the path.
KEBA Heavy Load Robot Collaboration
The KEBA robot core is constantly being expanded with basic human-robot interaction functions. Imagine a standard industrial robot with payloads of several hundred kilograms. The robot is hand-guided by an operator to lift heavy parts and place them in a narrowly defined area. In this case the industrial robot is a flexible lifting aid for humans. The basic software functions required for this HRI task are: safe activation of the manual operation mode by means of a safe enabling switch, jogging of the robot via a manual guiding device as well as the safe monitoring of the reduced speed and positions. In the field of collaborative heavy-duty robotics, the additional challenge is that the operator cannot "feel" natural feedback from the robot, making it difficult for the operator to detect possible collisions with obstacles in time. There is a risk of the robot pressing against the obstacle with high force (which is needed to lift the part), damaging it and causing injury to humans. This clearly represents a serious safety hazard.
Tests with numerous applications in the laboratory have shown, however, that these dangers can be eliminated through intelligent software in the KEBA control system. Against this background, “driver assistance systems” for robots have been developed. Similar to cars, they help drivers to stay in lane, park safely and collision-free or even drive sections of the road on their own. In other words, the Lane Keeping Assistant makes sure that a given space or virtual tube is not left and indicates this to the operator by means of a “force feedback” system. Another example is the optional blocking or enabling of individual movement directions, which ensures a much simpler and task-oriented guidance of the robot. This reduces complexity for the user and prevents dangerous jogging movements of the robot. Successful human-heavy duty robot interaction is thus made possible and generally prevents safety-critical situations from occurring and the robot from having to be stopped.
Conclusion: KEBA's development of these assistants was primarily made possible by enormous process knowledge and the fact that every further development is based on decades of specific knowledge in a wide range of industries. 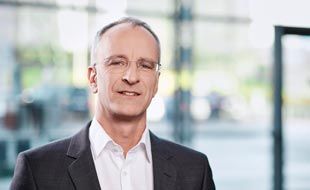 Meet us at automatica 2020 in Munich